How Sleep Disorders in Children Can Create Future Health Problems 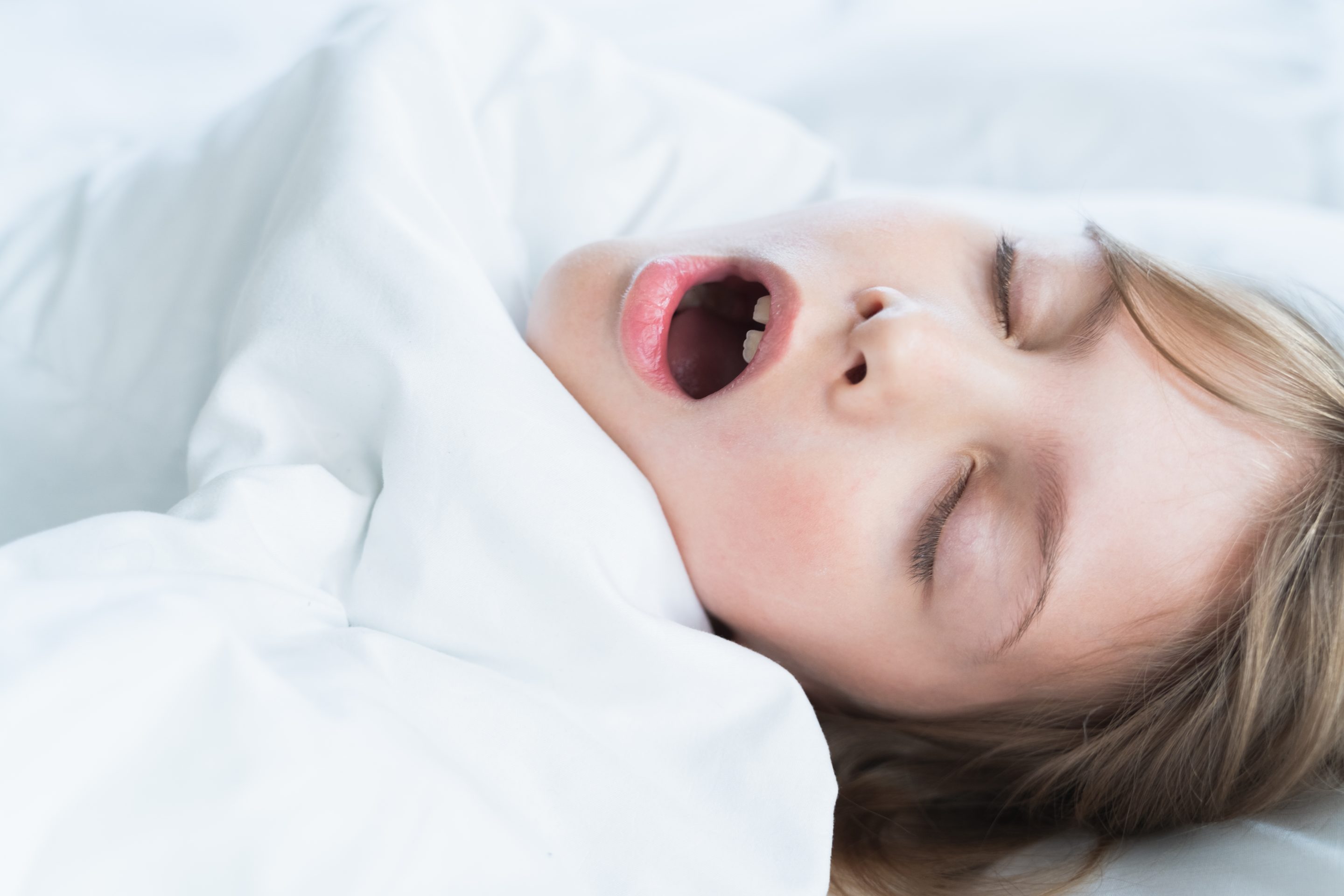 Does your child snore, wake often, or struggle to sleep at night?

As a parent, you can probably expect a degree of resistance from your children before bedtime, but certain signs can indicate there’s a larger problem.

As kids get older, poor sleep or undiagnosed and untreated sleep disorders can really set them up for serious problems during the day. And not just the daytime sleepiness or surliness you may expect from a sleep-deprived child.

Let’s take a look at some common sleep problems, surprising effects of sleep on unexpected health conditions, and what you can do to help improve your child’s sleep and address any serious condition, like a sleep disorder.

Up to 50 percent of children may experience sleep problems or a sleep disorder as they grow. It’s “normal” for children to experience many of these sleep issues, and as long as they don’t happen consistently, shouldn’t cause alarm. A few, however, are sleep disorders that likely require intervention.

Some of the most common sleep issues for children include:

According to a study by The American Journal of Managed Care, sleep disorders are common in children who suffer from migraines, but they are often undiagnosed.

Fortunately, by improving sleep quality in pediatric migraineurs, you can reduce the intensity of the headaches, as well as their debilitating effects. Similarly, reducing the severity of migraine symptoms can also improve sleep quality.

According to The Psychiatric Times, children with ADHD are more likely to have a sleep disorder than the rest of the general pediatric population is. In fact, according to assistant professor of pediatrics at Penn State Health, Grace Wang, MD, FAAP, resolving any underlying sleep disorders can improve or even potentially resolve pediatric ADHD symptoms.

This refers to a study where children underwent an adenotonsillectomy, or the removal of their tonsils and adenoids. Your tonsils and adenoids are in your throat and can become inflamed or enlarged. When this occurs, they can easily obstruct your airway and exacerbate sleep apnea symptoms.

Removing the obstruction— tonsils, adenoids, or both— can in theory resolve sleep-disordered breathing and by extension, ADHD. In fact, 28 percent of the children from the referenced study were diagnosed with ADHD before undergoing the procedure. In the year following the procedure, half of those children no longer met the criteria for ADHD.

However, it’s important to consider your child’s individual circumstances as you think about how best to treat their sleep issues.

How Sleep Disorders in Children Can Create Future Health Problems

Healthy, consistent sleep is vital to good health. When you sleep, your brain stores and preserves memories and regulates hormones, while your body heals itself and prepares for the next day. This process is especially important for children and teens because they are still growing, developing, and require more rest at night to maintain this.

Sleep disorders in children can lead to short sleep duration, restless sleep, or poor sleep quality. Getting inadequate sleep each night can cause a multitude of problems, including:

On top of the above difficulties, specific pediatric sleep disorders can make your child more likely to suffer from both physical and mental health problems as they enter adulthood.

Sleep apnea and sleep-disordered breathing can contribute to or cause a number of health problems, not only in adults but also in children.

Although sleep apnea is less common in children than it is in adults, it’s believed up to 6 percent of all children and adolescents have obstructive sleep apnea according to a study done by The Journal of the American Heart Association.

Two of the main factors to pediatric obstructive sleep apnea are enlarged tonsils or adenoids obstructing their airways, or obesity. 30 to 60 percent of obese adolescents have sleep apnea.

Children with obstructive sleep apnea are at increased risk of cardiovascular diseases, such as high blood pressure or heart structure changes. These disorders are also linked to abnormal lipid levels in the blood and insulin resistance, contributing to heart disease as well as diabetes.

Pediatric obstructive sleep apnea can also affect a child’s emotional health. Sleep apnea has been linked to behavioral problems in children— one study showing that children with sleep apnea or breathing problems were almost 40 percent more likely to display aggression, anger, or similar undesirable behavior than those who did not.

However, sleep apnea is not the only sleep disorder that can impact a child’s mental health.

New research has found that insomnia during childhood is tied to mood or anxiety disorders in adulthood.

However, insomnia symptoms that stop as a child enters adolescence do not contribute to this risk. So if your child experiences insomnia symptoms, but stops having them after a certain age, their risk of mood or anxiety disorders will not increase.

3 Things You Can Do to Help Your Child’s Sleep

Only 4 percent of parasomnias will continue past adolescence. But if your child is still experiencing sleep issues, there are a few things you can do as a parent to help them get the quality sleep they need to grow up healthy. Here are three of our suggestions to help your child get the rest they need each night.

1. Ensure Your Child Gets Enough Quality Sleep Each Night

A healthy sleep pattern can make a significant difference in your child’s sleep quality and behavior. Part of this includes a regular bedtime.

Enforcing a consistent bedtime routine, including when your child goes to bed and when they wake up each morning (including weekends) can be hard. Most adults struggle with consistency in this area, but more and more research points to just how important this one thing is on our sleep – including our children’s sleep.

A consistent bedtime and wake-up time helps your child’s body prepare itself for sleep as well as for wakefulness. Your child’s sleep needs change as they get older. Their bedtime when they’re three is different than when they’re 13. Knowing how much sleep they need is also important.

2. Check their Tonsils and Adenoids

If necessary, they can perform a procedure to remove the enlarged tonsils, adenoids, or both. This can potentially eliminate your child’s sleep-disordered breathing entirely and help them sleep more soundly post-recovery.

Consider the study we referenced above, where an adenotonsillectomy not only resolved sleep-disordered breathing for many children, but their ADHD also.

However, if your child doesn’t experience frequent sore throats, this may not be the cause of or best treatment option for their disordered sleep.

3. Get Your Child Tested for Sleep Disorders